Kristen's Content & Curation
creative commons licensed (BY-NC-SA) flickr photo by thmx
I have been an avid sci-fi fan since as far back as I can remember, both in terms of reading and film.  For me, science fiction is about possibilities and exploring what it means to be human.  It's about exploring implications and ethics of new or future technology and its effect on culture and society.  It's a way of exploring the very nature of our existence- philosophy in the form of storytelling.

No, Dystopian Sci-Fi Isn't Bad for Society.  We Need it More Than Ever; Devon Maloney via Wired
The Philosophical Roots of Science Fiction;  Charlie Jane Anders via io9
Here's How Artificial Intelligence Might Really See the World;  Ann Leckie via io9
The Fiction to Reality Timeline (infographic)
A Timeline of Future Events; Jane Hu via The Awl

Check out and follow my flipbook on sci-fi for additional articles, posts, and books!

There is a special place in my heart for Star Wars... I never got into reading the books, I'm just a big, big fan of the films.   I've always loved Star Wars since the first time my brother and I saw it as little kids but it wasn't until I started introducing the world of Star Wars to my nephew that my love of Star Wars transformed into something a bit geekier! 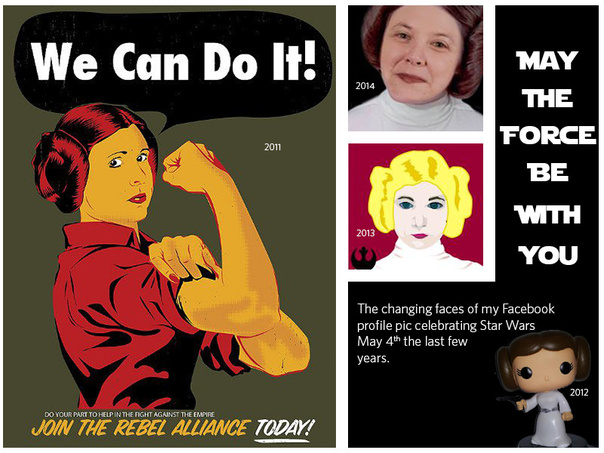 Star Wars on io9
Star Wars on Wired
Star Wars:  The Phantom Menace Review
(in 7 parts) by RedLetterMedia
501st Legion
Fuck Yeah Star Wars
May the 4th Be with You Images

Check out and follow my flipbook on Star Wars!